(Washington, DC, September 27, 2021) – The American Humanist Association (AHA) joined with other secular organizations on a friend of the court brief, filed today with the Supreme Court of the United States in Ramirez v. Collier, dealing with the constitutionality of the death penalty and the religious free exercise rights of incarcerated persons.

“If the Supreme Court truly cares about religious freedom, it will end the anachronistic practice of capital punishment, which is sustained by fundamentalist Christian doctrine, as it is completely at odds with our country’s promise of civil liberty,” said AHA Legal Director and Senior Counsel Monica Miller. “Moreover, many Christians also oppose the death penalty on religious grounds and this case involves a Baptist petitioner,” Miller added with cautious optimism.

The brief argues that the Court should avoid the issue of whether Texas’s policy of disallowing spoken prayer and physical contact inside the execution chamber is permissible and rule that the death penalty is unconstitutional altogether.

Ramirez, convicted on murder charges in 2008, is currently serving a death sentence. He requested that his Baptist pastor be allowed to put his hands on Ramirez’s body and pray out loud while the lethal injection occurs. However, the state of Texas refused to grant his request. Presently, the law requires that a government entity demonstrate a compelling interest when burdening the right to freely exercise one’s religion, which Texas has not demonstrated. This case has broad implications for the Court’s treatment of the religious free exercise clause. After granting John Ramirez’s emergency application for a temporary stay of execution date earlier this month, the Court will hear Ramirez’s appeal this fall.

Today’s amicus brief, submitted by the Freedom From Religion Foundation and co-signed by the American Humanist Association and American Atheists, argues that the Court should hold that capital punishment, as a practice, is unconstitutional and Biblically-based. It also argues that state-sponsored executions violate one’s ability to freely exercise their religion and, if executions are allowed to take place, end-of-life accommodations must be made available to all.

“The AHA has long voiced our opposition to capital punishment,” comments AHA Deputy Director Nicole Carr. “We believe that the practice reflects a disregard for fundamental human rights and we strongly denounce it under all circumstances.”

Arguments in Ramirez v. Collier will be heard this October or November.

A copy of the amicus brief can be found here.

AHA Board Resolution Affirming Human Rights for All (September 2015) 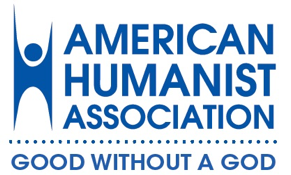