(Hamilton, GA, Nov. 25, 2015) – The American Humanist Association today sent a letter objecting to a divisive religious sign that was recently erected by the sheriff in Harris County, Georgia. The letter can be seen at this link.

The sign, a photo of which is depicted in the letter, reads:

“Welcome to Harris County, Georgia! WARNING: Harris County is politically incorrect. We say: Merry Christmas, God Bless America and In God We Trust; We salute our troops and our flag. If this offends you… LEAVE!”

The AHA letter tells the sheriff that the sign is unconstitutional and demands that it be removed. “The sign is openly hostile to those who don’t agree with the sheriff’s religious views,” said AHA legal director David Niose. “Even devout Christians should realize that such actions by public officials reflect poorly on the community, sending an ugly message of intolerance.” 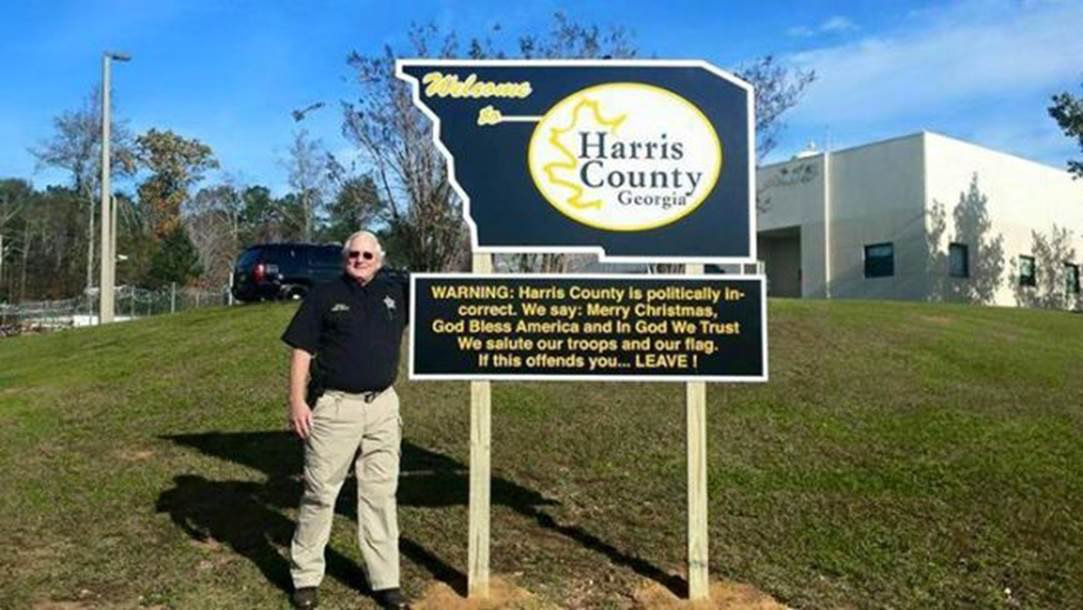 “Is It All Worth It?” A Humanist Question

Vonnegut and Jefferson and Jesus